mtm's forum theatre on domestic and gender based violence

Within the campaign “16 days of activism against gender based violence against women”, an interactive forum performed by the ensemble of Mostar Youth Theatre  was held at the “Američki kutak” of Mostar Gymnasium.

According to Mirjana Penava, the director of non-governmental organization “Forma F” based in Mostar, as one of the campaign implementors, the campaign is realized within the second part of  action plan on prevention of violence against women of the City of Mostar.

"We have seen the meaning of domestic violence, but this time in a different way, through a forum theatre and through a rarely mentioned form of violence – who, exactly,  is the victim? The victim is one’s own child, just because it is a girl child”, said Penava.

Anita Nussdorfer, from the Department for Social Activties  of the City of Mostar said that the co-operation between the City of Mostar and non-governmental organizations will go on in future “ taking into account that the problem of violence against women is increasing in BiH and the City of Mostar, according to the most recent information from relevant institutions”.

The campaign “16 days of activism against gender based violence against women” will be implemented worldwide in the period 25th November – 10th December.

The activities are realized with the support from the Gender Centre of FBiH and thorugh FIGAP program (Financial Mechanism for the Implementation of Gender Action Plan of BiH).

(19/04/2013) – Now iconic Mostar Youth Theatre during the recent years filled newspapers lines with various squabbles between the City of Mostar,the Mayor and Sead Dulic -the former director of Mostar Youth Theatre. In spite of all opstructions and problems, Mostar Youth Theatre has slowly risen from ashes and started to work. They started with the drama workshop “The Basics of Acting” last year. The initiator of the workshop was the current director of the Theatre, Dr. Tanja Miletic-Orucevic and the workshop leader was Bruno Lovric. Bruno Lovric is an actor, drama pedagogue and director. He lived and worked in New York, Kansas City, Zagreb and Sarajevo. He acquired his M.A. degree in the field of acting at the Ohio State University, and he acquired his B.A. in the same field at Graceland University. He played in professional theaters in the United States, then taught for three years at Ohio State University and worked as an assistant to director Haris Pasovic at the East West Center in Sarajevo.

We spoke with him about the current situation of MTM, their plans and their new very successful drama workshop which arouses a great interest among children and youth.


During the past couple of years, MTM filled the newspapers with squabbles between the former director of MTM and the City Government due to the restructuring of the Theatre. What is the current situation in MTM like?
I really do not know about that, as I am focused on my job and my communication with the rest of the MTM’s team strictly concerns the workshop related subjects. They duly fulfil all their obligations concerning my job, and I am doing my best to meet the agreed requirements, so that I do not have any complaints in that regard. I am deeply sorry that there had been newspapers squabbles in the past and I do hope that tin future here will be only information about acting workshops, cooperations, theatre plays and similar subjects which are useful for people who live in the local community.


Last year, after several months long work break, you started with the school of acting. What is the experience?
The experience is very positive and I am truly happy to be given the opportunity to continue to do what I enjoy doing the most. Young people who come to us are full of enthusiasm and contagious positive energy, so after each meeting I feel my energy recharged and that I learned a lot of new things about acting. They critically analyse all that we do and ask excellent questions which do not allow me to relax entirely or to fall into routine. I think that the attendants are equally satisfied, as their anonymous evaluations are full of praises for the organization, the creativity and the progress achieved.


What does your  School of acting consist of? What can young people learn there, how are the workshops run?
This year we introduced a great novelty  -  the fitness segment – led by two experts, Adis and Haris Jahic. Adis is a triple Lifetime Europe Drug-free Bodybuilding and Fitness Model Champion, while his brother Haris is a model who took part in numerous  beauty contests and advertising campaigns. Beside this, Haris also works as a judge at the Municipal Court, and the two of them -along with all their activities- run a very successful fitness centre. Accordingly, they are the top experts in the region when the fitness, healthy life and wellness are concerned.
Before each workshop, they do a series of exercises specially designed for stretching and warm-up, aiming to prevent potential injuries and to prepare the attendants for work. The School of acting covers topics such as preparation for public performance, work on the monologue, character analysis and analysis of non-verbal communication, work on scenes from movies and drama plays, voice and body relaxation techniques, etc. We start with elementary things such as overcoming the fear of public speaking, directing dramatic scenesa and more complex improvisations.

What is the response? Is there still room for those who have not got in?

This year's turnout is great and I am very sorry that we could not accept just everyone interested. MTM currently has five acting courses (for adults and children), so it is not always easy to adjust the terms of work. Those who were not admitted at the beginning of then course, we put on our waiting list so we can contact them for the next cycle or in the event that any of the current members cancel their further attendance.

When can we expect MTM to produce a new play?
At persent, the primary ectivity of MTM is education of young people. However, the work on a documentary play -which addresses the life in Mostar in 60-ties and 70-ties-  should start by the end of May. The members of our drama studio should take part in the play, but more details about this will be given  in due time.

You worked in the States, so how would you compare theatre here and there in America? What are the similarities and differences between young people here and there in the States?
The Americans who work in thaetres -from my own experience- are much more collegial and they do not consider each other as rivals, but as future colleagues. Their labor mobility is much greater, as the full-time paid ensembles are rare. The actors must constantly go to auditions and fight with huge competition, which gets younger and better every year. This “fight” includes a constant work on one’s own improvement, specialization (educators, music theatre, acrobats, scateg fight experts), the efforts to  stand out with one’s consistent good work, awards, etc. It is a slightly brutal pace of life, but their world of theatre is -just like here- very small and they all know each other.
However, the actors here in BiH generally do not pay a lot of attention to their professional training and upgrading. After graduation, many of them end up in theatre ensembles and the pressure to push through elsewhere automatically reduces. Some theatres even forbid their employees to take part in other projects, which I consider as a big mistake. They need to make progress and improve their skills every day by learning new things about themselves and their profession. However, our actors are in a much difficult situation, as there is much less job for their profesion, so without economic stability of being in an ensemble, they can hardly survive as “free lancers”.

(09/03/2013) – On the 11th of March 2013 the Public Institution Mostar Youth Theatre will start with the new three-month workshop “Basics of Acting”. This Monday-to-Friday workshop will take place at the Theatre’s premises at Musala Square  and will be led by Bruno Lovric. Lovric acquired his M.A. at OHIO State University/USA, where he was engaged as a lecturer as well. Due to the enormous public interest, the course will start for the second time.

- The workshop consist of short conversations on various topics, such as stage appearance, fear of public speaking, relaxation of voice and body, but also practical work on monologues and scenes. The workshop is useful for all professions, as it explores communication skills, stress relief techniques, and it also promotes self-analysis in safe environment. As a matter of course, there is a lot of work and discipline, but even more fun and socializing – sadi Lovric. Lejla Suljic -who already passed the workshop- said that the workshop enriched her vocabulary, as it included a lot of discussions, while the theatre games stimulate thinking.
Additional advantages of these workshops include:

1. IMPROVED SELF-CONFIDENCE - Far above the fear of heights, cramped space, illness and even death - comes the fear of 'standing' in front of an audience. Acting classes are a great way to build self-confidence and eliminate this fear.

2. EMPATHY AND MORE EFFECTIVE COMMUNICATION - Actors constantly incorporate new characters, and through the development of character, they are associated with his / her thoughts and feelings. This empathy allows actors to empathize with others and communicate effectively.

3. GROUP DYNAMICS - Another important thing that is acquired through acting is the ability to effectively work within the group. Through acting, the participants learn to apply the tips the director’s tips, they learn to lead, follow and trust others. The participants work with a diverse group of people - people of different age, gender and experience - and they all learn from each other.

4. ENTERTAINMENT - Acting offers people the opportunity to tell their story with their own voice and body, to travel to another time and place and to become a different person. It gives an opportunity to step out of the daily routine into the world of entertainment, inventiveness and imagination.

5. DEVELOPMENT OF CREATIVITY AND IMAGINATION - Acting encourages the important element that does not improve life very often. AS Albert Einstein once said, "Imagination is more important than knowledge ', which he proved with his work and life.

MTM team reminds that the number of places is limited, so they invite all interested parties to book a place by calling +387 (0) 36551124 or email mteatarm@bih.net.ba here to edit. 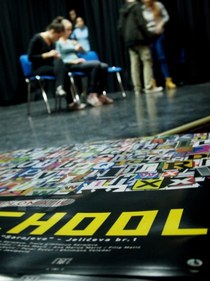 (17/12/2012) - The final presentation of the first MESSchool  that marked its official closing session was held December 16 at the Cultural Center in Sarajevo. The first MESSchool was organized by the International Theater and Film Festival MESS in the collaboration with the Embassy of the Kingdom of Norway and Mostar Youth Theatre. Together the organized a  project called Undiplomatic Art.

The presentations were held by High school students from Mostar, East Sarajevo and Sarajevo. These students prepared their presentations together with their mentor and pedagogue Jasna Diklić.

Within the program of MESSchool multiple workshops were held from the field of theater art for High school students, with the aim of their introduction to theater and its strength to communicate indirectly with the audience about important social problems. Undiplomatic Art is a new program of the MESS  Festival which was created with the aim of crossing all boundaries, limitations and barriers.

The program will continue with its work in March 2013 with another project called ” Banja-Luka- Sarajevo”. To see photos from the workshop, please check our gallery bellow: 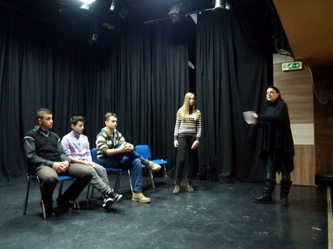 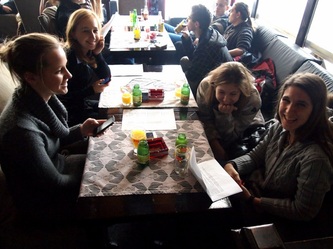 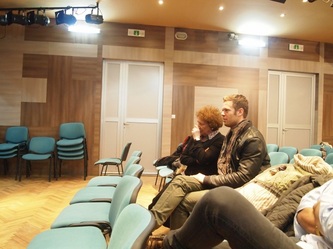 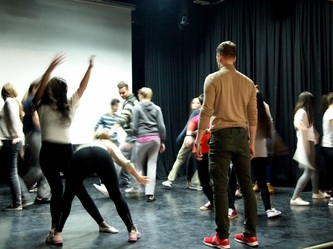 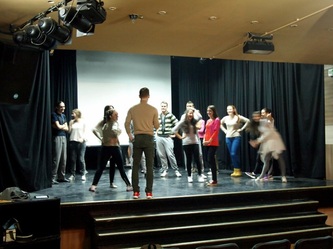 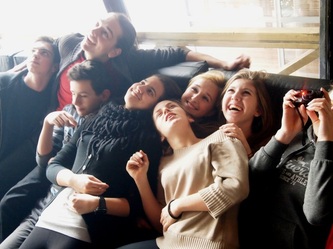 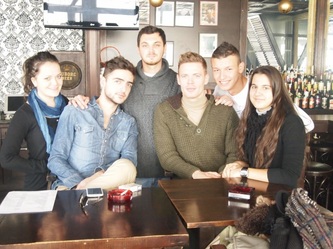 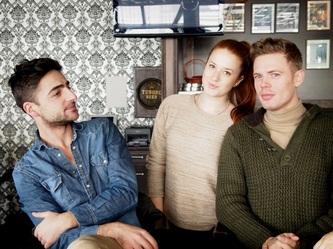 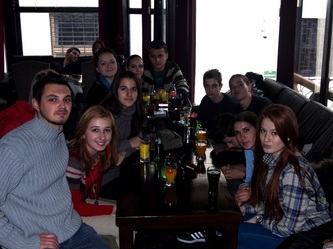 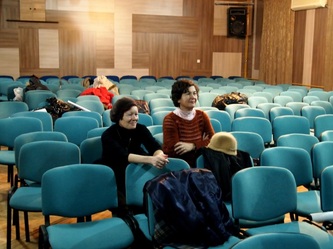 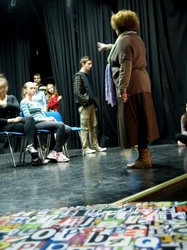 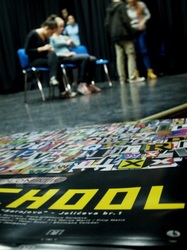 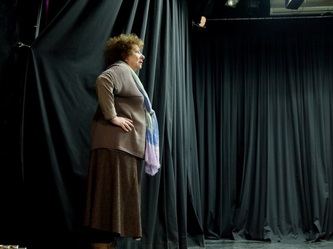 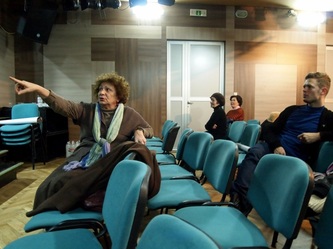 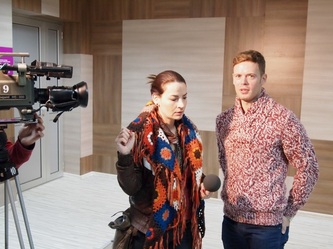 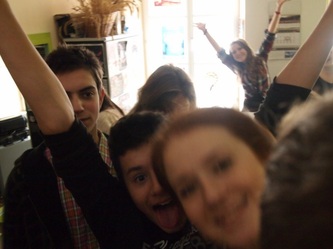 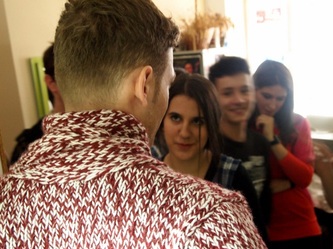 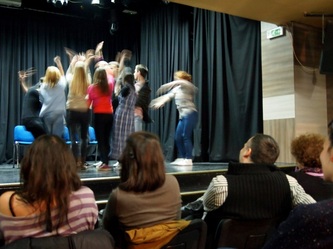 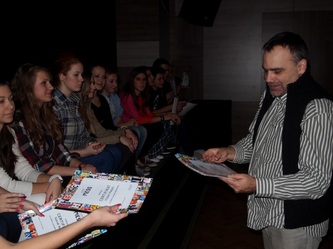 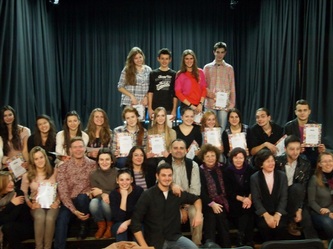